Notes from a small shed... 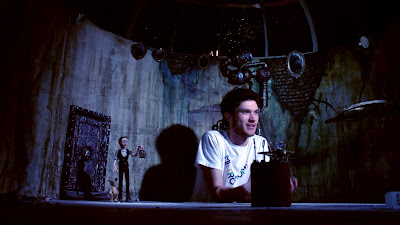 Let me be frank (I'm actually called Steve but it's just an expression). When I first read the script to The Astronomer's Sun I was thinking, “This is great...but how the hell are they going to do it?” A massive telescope, a mysterious moving orrery, a looming comet and a clockwork bear were just some of the unknowns in the equation, and let's not even start on the climactic finale of the film. It seemed to me that collectively this was more than just a little challenge to overcome. It wasn't really a medium sized one either. It was a great big humongous whopper. Perhaps I'm exaggerating a little, but faced with an entire animatic of unfilmed shots is one of the more daunting parts of the film making process, especially when it's an elaborate stop-motion. However, what I'd naively forgotten to consider was something that would make that process work; The resolve of the directors. Jess Cope and Si Cartwright just happen to be two of the most driven, dedicated and passionate people you could ever imagine working with and carry with them an almost bloody-minded attitude towards what is humanly achievable. For me then, turning up at the beginning of the shoot back in July was a relatively simple task. All I had to do was get up in the morning, go through the day's shot with them, and animate, animate, animate (and sometimes help set up lights). The rest was taken care of. And when I say 'the rest', I really do mean 'the rest'. Cooking, cleaning, washing, beer drinking. I barely had to lift a finger outside the potting shed/studio. “This is great,”, I thought, “It's like being a child again but with the added benefit of doing something to increase my career prospects!”. “And with more beer!”. It was all a nice form of payment.

I remember arriving at the Cartwright residence on a warm Summer's afternoon (actually it could've been grey and drizzly but my memory has possibly romanticised the occasion) and I was brimming with excitement at the task ahead. I'd spent most of the three hour train journey from Edinburgh trying to come up with puns on the title of the film to impress my new directors and lighten the mood a little. I decided that The Astronomer's Bum was probably the closest I would get to a certified joke, but didn't consider it witty enough to share with anyone. A good decision, I decided as I stepped off the train, as Si's quick witted and high-brow sense of humour in particular would've been disapproving. Three months later it suddenly occurred to me that what I really needed was a good Astronomer's Pun.

The studio itself exists in a small converted potting shed up a narrow set of steps in the back garden of Si's family home (also known as 'The Chalet'). One night, whilst animating a particularly complicated sequence of blinks, I heard a strange scratching noise at the potting shed door. I froze. “Badger?” I thought. “Squirrel?”. “Dog?”. “Small woodland creature of unknown origin?” and finally, yet inevitably, “Yorkshire Ripper?”. The door handle started to turn slowly. I looked at my vintage 90's Casio wristwatch to check the time, just in case I needed to recall it for the police at a later date. IT WASN'T ON MY WRIST. Then I realised that was probably because I don't own a wristwatch. The door started to open. Preparing myself for the worst, I grabbed the nearest sharp instrument, which just so happened to be a pair of tweezers and thought that if I was going to get attacked, I could at least have a pretty good go at plucking the attacker's eyebrows out, which would make them more identifiable in a police line-up and leave excellent DNA evidence. A shadowy figure was standing there. It was so dark I couldn't even tell if they had eyebrows. “Hello Stevie” a voice boomed out from the gloom. It was a familiar voice. A voice I'd heard more than once recently. It was Si. “Dinner's ready.” He said, and he wasn't lying either. Dinner was ready. I surreptitiously placed the tweezers back in the drawer and went downstairs for another great meal with the family.

That was just one exciting episode from my time in the shed. Animating is truly a glamorous and exhilarating lifestyle. Anyone who says otherwise is lying to you.

I think the real beauty of this film though is in the fact that we didn't really know what we were doing a lot of the time. Every new setup provided new unforeseen challenges, and sometimes (well, more often than not in my case) we had to attempt things a few times before we got it right. The perseverance and audacity of those involved (not to mention the patience and overwhelming hospitality of the Cartwright family) has, in my humble opinion, paid off. The film is looking great and I'm really excited to see what Jess and Si have done with the rest of it since I left. Something which has come out of a sheer passion for the art form no doubt. And to be frank with you, no one can argue with that...

Here's a few pictures I took with my phone... 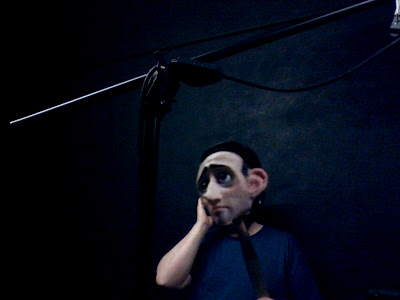 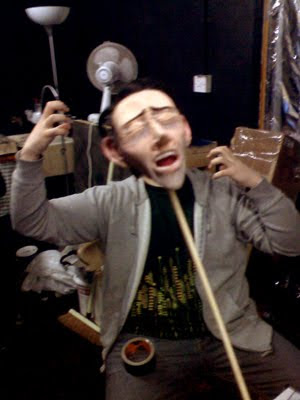 Henry after hearing that he has to do yet another reshoot. 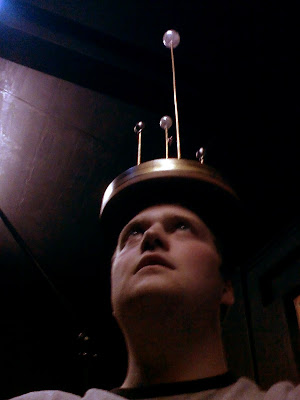 Si wearing a really expensive part of the set on his head for the sake of art.

And here's a clip of the first shot I animated - Teddy tugging on Henry's leg: